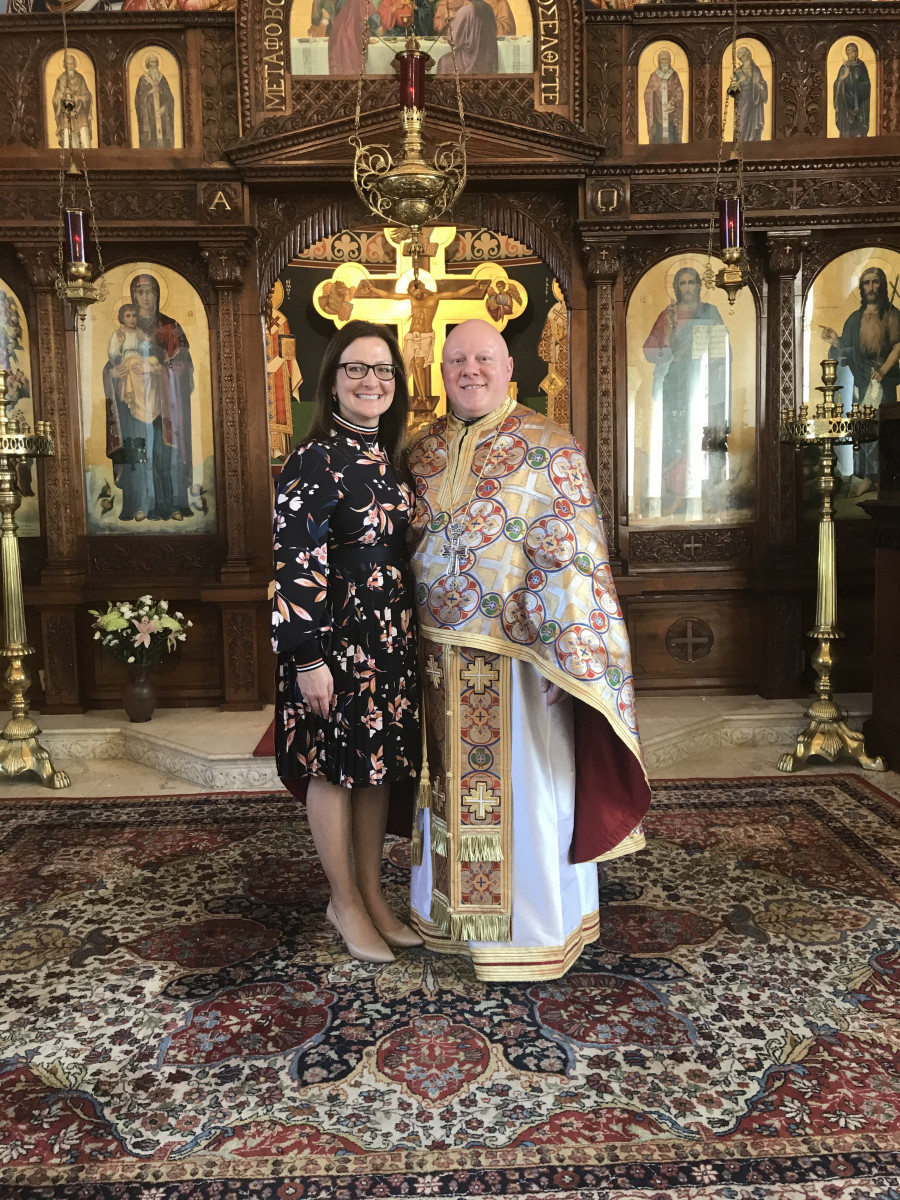 Fr.Chris was born and raised in Rockford IL, and was a member of SS. Constantine and Helen Greek Orthodox Church, Rockford. He graduated from Rockford Guilford High School and attended the University of Wisconsin, Madison, graduating with a Bachelor of Science in History. GO BADGERS! He then attended Holy Cross Greek Orthodox School of Theology in Brookline Massachusetts and graduated with honors with a Masters of Divinity in 1998.

Upon graduation, Fr. Chris was hired as the Youth Pastoral Assistant at SS. Constantine and Helen in Palos Hills for 5 years, until His Eminence Metropolitan Iakovos, of blessed memory, asked him to fill the position of the Metropolis Of Chicago Youth and Young Adult Ministries Director, which he continued to do for the next 15 years.

In 2012, Fr. Chris and Presvytera Nicole were married at All Saints Greek Orthodox Church in Joliet, the home parish of Presvytera. With the blessings of His Eminence Metropolitan Iakovos, he was ordained to the Holy Diaconate on November 22, 2014 and continued to serve as Youth and Young Adult ministries Director and the assistant and Deacon to Metropolitan Iakovos. On December 15, 2018, His Eminence Metropolitan Nathanael of Chicago ordained him to the Holy Priesthood at the parish of SS. Constantine and Helen in Palos, where he was assigned as the associate Pastor.

On March 8, 2020 Fr. Chris began his ministry, on the Sunday of Orthodoxy, at this beautiful community of All Saints Greek Orthodox Church in Joliet, IL.